Russia’s war in Ukraine is approaching the one-month mark, and its troops’ advancement on some key cities, including the capital of Kyiv, appears to have slowed.

So where is this war going? Here are five things to watch out for in coming weeks.

1. Russia could intensify its bombing campaign

Experts are warning that the more Russia takes a hit on the ground, the more likely it is to intensify its aerial bombing campaign and the use of other “standoff” weapons that put Russian soldiers in less danger.

There is little reliable information coming out of either Ukraine or Russia on death tolls, but a report in a Russian tabloid on Monday suggested that the Russian side had lost nearly 10,000 soldiers and that another 16,000 had been injured.

The Komsomolskaya Pravda website removed the numbers later in the day, claiming the numbers only appeared in the first place because it had been hacked. CNN could not verify the numbers, but the death toll is closer to what US intelligence agencies have been reporting.

Such losses, if proven to be true, would explain both the stall in ground movement and the uptick in aerial bombing of key cities and other standoff attacks.

2. While there’s focus on Kyiv, Russia may try to encircle Ukrainian fighters in the east

There is much talk about the Russian war effort stalling, but whether or not that’s true comes down to what Moscow’s objectives were in the first place.

It’s likely that Russia is, at the very least, trying to absorb parts of eastern Ukraine. Areas like Donetsk and Luhansk, which make up the Donbas region, have been controlled by Russian-backed separatists since 2014, when Russia annexed Crimea, and while Russia’s ambitions may stretch beyond Donbas, it’s still likely a central focus, experts say.

“The Southern Military District — in Donetsk, Luhansk, Mariupol, Berdyansk, Melitopol — these are the best troops in the Russian army. And they always work. They’re designed to fight NATO,” Sam Cranny-Evans, a research analyst with the Royal United Services Institute, told CNN.

3. There will be more talk about talks

One scenario is that the Ukraine war could become a protracted conflict. It’s likely that Russia has lost a significant number of soldiers, weapons and equipment in the war, and while it has engaged in long-running conflicts in the past, it won’t want to leave this one with its military totally destroyed.

“The negotiations are the one area where things are looking a little promising because both Russia and Ukraine have said in the last week that they’re moving towards an actual substantive discussion, instead of Russia just laying down an ultimatum,” Keir Giles, a Russian expert at the UK-based think tank Chatham House, told CNN.

Russian officials have said that their demands include Ukraine dropping its pitch to join NATO and to demilitarize and adopt a “neutral” status, like Austria and Sweden have. But the conditions for what that means for Ukraine would have to be negotiated.

4. There could be wholesale “deportations” of Ukrainians into Russia. That’s worrying

Russia has been telling residents of the southern city of Mariupol to leave as it carries on an aggressive aerial bombardment that has torn the city to pieces. Its forces have opened what they call “humanitarian corridors” to allow civilians to flee, but tens of thousands of them have been transported to Russia.

But Mariupol council accused Russia of forcing residents to go to Russia against their will.

Mariupol mayor Vadym Boichenko has said that “what the occupiers are doing today is familiar to the older generation, who saw the horrific events of World War II, when the Nazis forcibly captured people.”

5. Millions more Ukrainians could flee, leaving a nation in pieces

The fate of the war is one thing, but the fate of Ukraine is another.

Already, more than 3.5 million Ukrainians have left the country. Most are women and children, meaning families are also being torn apart. The war has triggered the biggest movement of refugees Europe has seen since World War II. Those numbers are increasing at a rate of around 100,000 people a day.

If you include the number of people internally displaced, 10 million Ukrainians have now left their homes. That’s nearly a quarter of the country’s population. 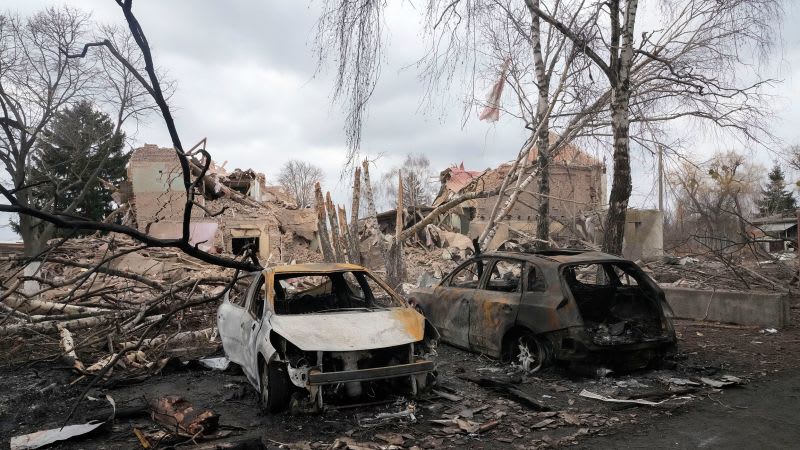